The event was organized on the shores of the lake Sevan in Gegharquniq province. The representatives of the project partner organizations from Romania, Moldova and Georgia also participated in the activity in Armenia.

The event was organized with support of Gegharquniq marzpetaran and active involvement of Sevan municipality and Sevan national park representatives. Other target groups also joined the event.

The event was covered by Yerkir Media TV company, and aired during the daily news, and a press release was printed in the local newspaper.

The activity followed a set of 4 local clean-ups organized near lake Sevan, as well as near Hrazdan gorge.

Promotional material of the project was distributed during all the mentioned activities.

CategoryNEWS
May 2022 – May 2023 Promoting Integrity and Public Ethics as Drivers of Good Governance
On 03 November 2022, Urban Foundation held the common clean-up activity in Armenia in the framework of “BeECO – Joint actions for environmental protection in Black Sea Basin” project funded by the ENI CBC Black Sea Basin Programme. 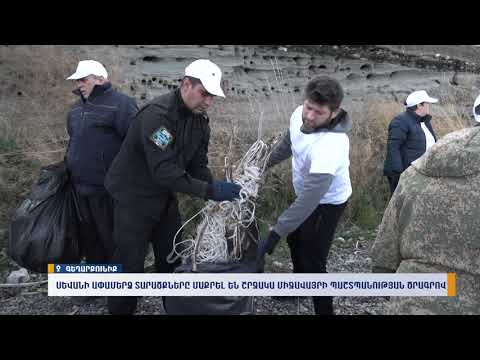